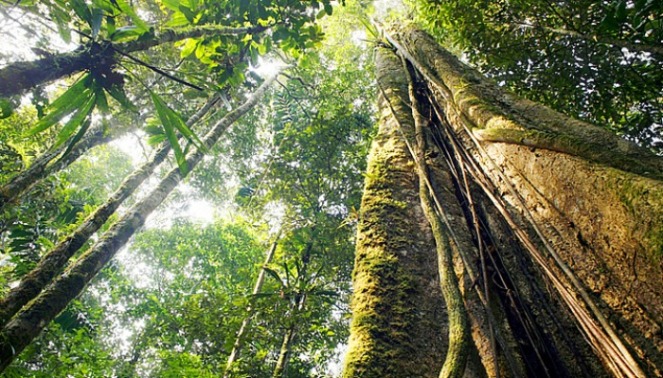 Cars? urban industry? Sewer? No, even as a contributor, none of those things are the main cause of the pollution we emit in the world.

But then, what is?

Elementary, my dear reader, the main cause is the cattle breeding! But why? Calm down, I’ll explain everything:

Note: The only thing I ask you is that you carefully read until the end of this post so that you can be able to understand it perfectly.

Why would the cattle breeding be so devastating?

Well, as most people probably know, cattle breeding is the activity of raising livestock, and this may seem innocent enough at first, but trust me, it’s not. According to UN statistics, it is estimated that direct emissions from meat production account for 18% of total world emissions of greenhouse gases, releasing more gases such in the atmosphere than the transportation sector, which accounts for only 13% of emissions on Earth.

Rajendra Pachauri, who chairs the Intergovernmental Panel on Climate Change (IPCC) said in an interview with BBC “I want to highlight the fact that among options for mitigating climate change, changing diets is something we should consider.”

CIWF’s ambassador Joyce D’Silva said that thinking about climate change could spur people to change their habits. “Research shows that people are anxious about their carbon footprints and cutting back on car journeys and so on; but they may not realize that changing what’s on their plate could have an even greater effect.”

So, stop eating meat and dairy products would be the most practical solution to the pollution crisis on the planet?

Well, even if 20 vegetarians can be fed on the amount of land needed to feed one person consuming a diet of meat, unfortunately this would not end all the problems, but would cause a drastic reduction in various environmental sectors. For example, over half of the world’s drinking water is intended for livestock (meat production, milk, eggs, wool, leather, etc.). Meanwhile, one in five people living in developing countries -about 1.1 billion people- do not have access to clean water.

In addition, more than 80% of the Brazilian Amazon deforestation is due to cattle breeding, ie deforested areas occupied by pastures for cattle. The area occupied for planting in the Amazon is only 4% and livestock production consumes up to 10 times more water than used by agriculture.

And lastly, you still think that factors such as the sewage can be dirtier than livestock, know that animal production is the main cause of pollution of rivers and lakes. The manure, for example, has a pollution potential 250 times higher than domestic sewage

But why large organizations focused on environmental protection usually do not comment on this subject?

Well, to answer the most practical way and leaving no room for doubt, I indicate an excellent documentary (available on netflix!) called Cowspiracy (click here to watch it if you don’t have netflix), one of the best movies I’ve watched and speaks exactly about this, besides explaining interestingly enough the real world of cattle breeding and exposing how the animals are victims of this type of activity. Detail: I recommend paying attention to the data present in the film and what the protagonist wanted to portray, but in relation to what was said against Greenpeace, I recommend you to take a look on their answer to decide for yourself whether or not you believe it!

Click here to learn more about the data present in the documentary.

Well, I hope you all have understood and appreciated the contents of this post, do not forget that he is only informative and if you want to understand more about it, there are several excellent sources of information beyond cowspiracy documentary, as the site onca which was of great help in this post production 🙂

Images taken from the internet

Please, if you see any grammar mistakes, comment down below, I would really appreciate your act ❤